You may have heard about Hypericum perforatum, the weedy little herb with bright yellow flowers and who may help with lifting depression. What you may not know is that it had blood red oil glands, anti-viral properties, can interact with medication and that the claim of the danger of photosensitive is way over-hyped.

This cheery herb gets the “perforatum” part of it’s Latin name from the small holes that you can find on the leaves. When held up towards the sky, they quite literally let the light shine through.

In a less literal way, St.John’s wort  may help lift the blues. This can be especially helpful for that annual seasonal sadness that hits hard in high latitudes with little sunlight for months at a time (I write, as I stare listlessly out into the dark and misty Portland rain…)

While this herb has bright yellow flowers, the tiny red oil gland sprinkled on the leaves and flowers are what will cause a tincture, tea or oil to be a deep red. They simply look like tiny black dots but when you crush, soak or steep the plant, the oils are released. Pretty cool if you ask me! This feature can help you with plant identification and can also help you determine the quality of a St.John’s wort product.

Besides mood, this complex little herb is also used for wounds, viral infections such as herpes and shingles, and nerve pain and damage. It also has a stimulating affect on the liver. This could be beneficial for someone looking to kick start a sluggish liver, however, is can also affect medication by excreting it from the body too soon between doses. This is why it can interact with medication and why some people should consult their doctor before taking herbal supplements.

And lastly, will taking St. John’s wort cause you to get a horrible sunburn? There has been a less-than-ideal study on this subject , and while I can not say for sure, I will share my own experience (as a flaming “Ginger” mind you). I have taken daily doses of St.J’s in the late Summer and even when I was trying to squeeze out the last hiking and beach adventure days before Autumn, I never had a problem with sun-sensitivity.

-Stay Green and don’t forget to let that light shine through! – MossyTonic

A Brief History of Herbalism and the United States

Since before written history, and throughout the world, archaeological evidence has shown that humans have used plants for ceremonial, magical and medicinal purposes.  What’s more, ingestion of plants for more than sustenance can even be seen in other animals today.

Plants can be seen on a spectrum from food to poison, with medicinal applications laying somewhere in the middle. We know preferred cooking spices and recipes are passed down along family and cultural lines. Consider that before we used, for example, Rosemary, Oregano and Thyme in a soup for flavor, that we first used them for their observed food preserving qualities (which mostly come from their strong anti-microbial properties).  We know now that those antimicrobial properties go beyond food preservation and flavor, and can aid us in our own body’s fight against harmful pathogens and infections. It is justifiably difficult to pinpoint the first precise times, people and reasoning for human use of medicinal herbalism, but it is clear that it has been a normal part of human life since our species can remember.

Each region inevitably has their own local flora and traditions, and thus a unique way to use herbs for health and pleasure. American Western Herbalism started as a mixture of European and Native Americans Herbalism. Women tending medicinal herbal gardens were common in early America. What is unique about the United States is that there was more of a dramatic severance between holistic and conventional medicine around the 18th century. Witch hunts were on the rise and religious distrust of the Medicine Women/midwives was mounting from the newer and male dominated medical establishment.

Despite that divide, peoples innate curiosity for natural healing continued and American Herbalism developed further with Physiomedicalism and the Eclectic Herbalists of the 19th Century. During this time, which was also referred to as a time of “Thomsonian medicine,” there was an interest to pair more modern medical information and physiology with botanical medicine. The Energetic system in the Traditional Western Herbalism was solidifying, and Homeopathy was also developing.

Since then, there have been pharmaceutical and over the counter drugs that started as plant derived before synthetic versions were created. The 1970’s showed another wave of traditions healing techniques, and currently we are seeing another comeback of interest in “alternative medicine” and a focus on nutrition, prevention and the role of emotions on health. Time tested ideas like fasting and elimination diets are also seeing a resurgence of research and interest.

In comparison, there is a wider personal and medical understanding of natural healing paradigms in some other counties, such as the Ayurvedic system in India and Traditional Chinese Medicine (TMC) in China. Possibly because there was not a sharp divide in healing paradigms, there is more of propensity to use both conventional and alternative medicine simultaneously instead of seeing them as in opposition. And as interest in healthier lifestyles increase, we too are heading that way as well, and it can be the best of both worlds!

Now in many U.S. cities, it can be fairly easy to access Chinese and Western herbs and Herbalists, though there is still no official degree for Western Herbalists. Some other practitioners such as Acupuncturists, Nutritionists and Naturopaths may have a good background on herbal applications. The American Herbalist Guild is the most unified and official body and offers a rigorous application for herbalists to become registered with them.  There is a spectrum of Herbalist today as well, ranging from the more spirit-medicine or flower essence focused, to the active-constituent/scientifically-validated-study focused, to the diet, exercise  and food-as-medicine  lifestyle ones and everywhere in between.

What is clear is that we are in a very interesting and innovative time for American Herbalism!

Want to read more on these subjects?

Animals that use medicinal plants | Animals that self-medicate via PNAS , Smithsonian Article

Welcome Plant Lovers!
If you are interested in learning about all things Herbalism, then stick around!

We will be diving into the mysterious world of herbal actions, food-as-medicine, recipes, traditional uses of herbs, harvesting techniques, herbal applications and so much more!

As a Herb Nerds ourselves, we at Mossy Tonic know it can be hard to find good quality herbal information our there, and want to help widen the accessibility of natural health philosophies.

That being said, please note that information in our posts are for educational purposes only and are not intended as a substitution for medical advice!

OK, now get ready to learn! 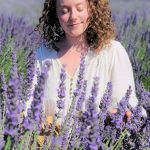 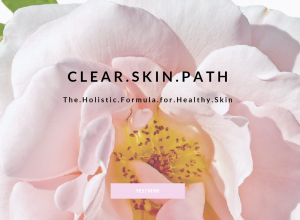 Our Most Popular Products